Luke founded the charity, the Piers Simon Appeal, in 2005, shortly after his brother Piers sadly lost his life in the 2004 Boxing Day tsunami. Luke started off running the charity as a voluteer whilst working at an international school in Northern Thailand, but has been a full-time employee since 2008 when he returned to the UK. In November 2008 the Piers Simon Appeal (PSA) were invited to join the disaster relief charity ShelterBox in a joint project to send school equipment out to orphan children in Swaziland, Africa. The Piers Simon Appeal committed £50,000 towards the project, and in 2009 Luke, alongside his parents Henry and Celia Simon, distributed the SchoolBags to children in four different schools. In January 2011 the board of the PSA unilaterally decided to make School in a Bag it’s own brand to give it its own identity and provide it with the capacity to grow beyond the catchment area of the PSA.

See more about Luke and his family’s story here

Giving the chance of an education to poor, vulnerable, orphan and disaster affected children throughout the world

Women with a primary school education are 13% more likely to know that condoms can reduce their risk of contracting HIV/AIDS. and education can help decrease the spreading of this virus by promoting safer sexual practices.

When young people are not engaged in the education system or the labour market, they become disconnected from society, gradually losing any prospect of developing new skills that could help them f ind meaningful employment.

In developing, low-income countries, every additional year of education can increase a person’s future income by an average of 10%

Many girls, especially in developing countries, can’t go to school at all. only 66 percent of countries have reached gender parity in access to elementary education

Conflict between communities and countries can have a crippling effect on the infrastructure of education when escape and survival become priority.

See how we are helping the schooling of displaced people from South Sudan as they settle in to the world’s second biggest refugee camp in northern Uganda. 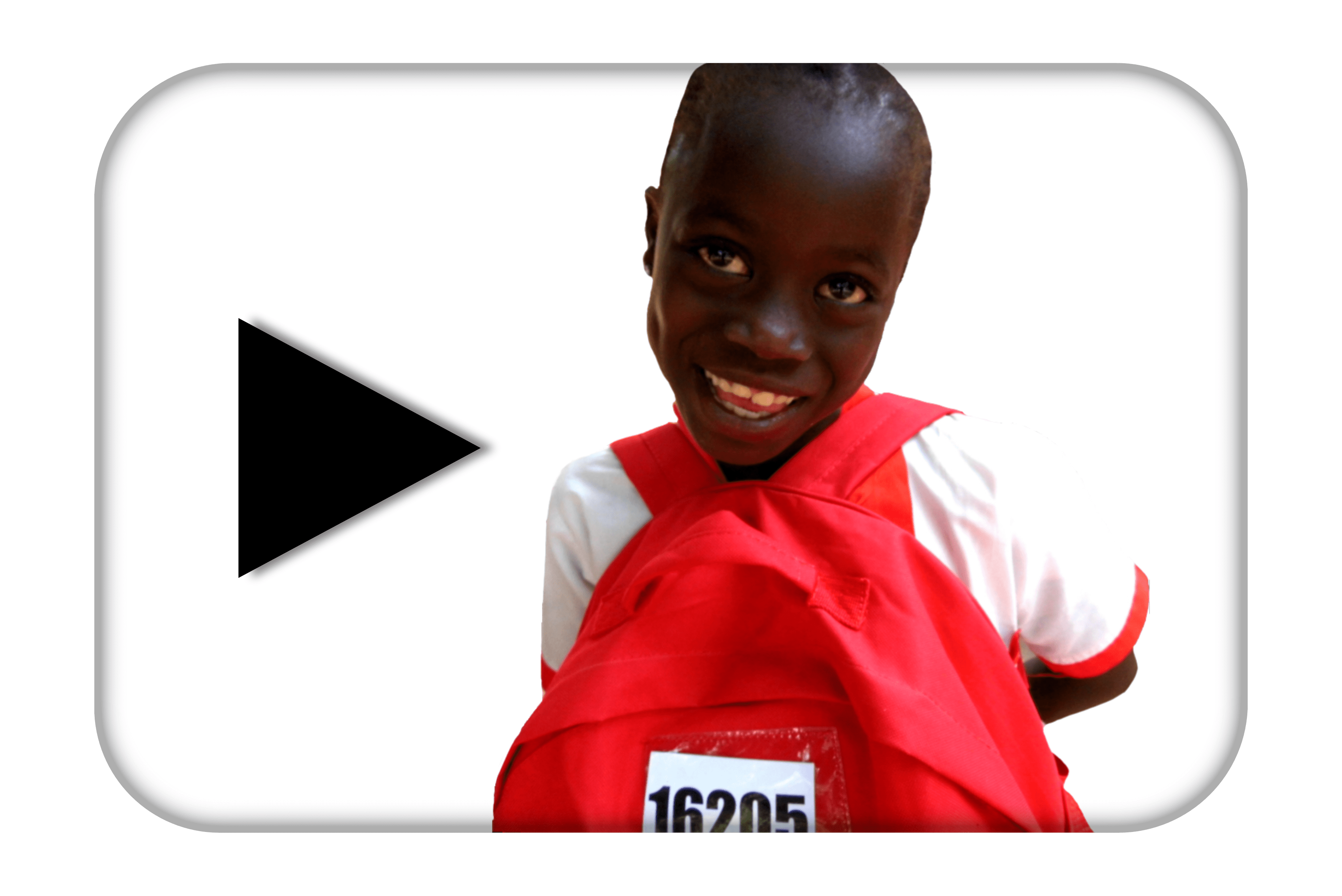 For a detailed breakdown of our income and how it’s used, including information about our work and its impact, read our latest Annual Report.

BLOG IN A BAG

On the 28th of every month, our Blog page ‘Blog in a Bag’ is updated with a fresh and exciting news story, to keep you in the loop with what we’ve been up to.

THE FACES BEHIND THE SCHOOLBAGS

School in a Bag is run by a four-person strong team, operating from an old, converted cider barn in Chilthorne Domer near Yeovil in Somerset in the South West of England.
We absolutely couldn’t do what we do, or have gotten to where we are without the incredibly diverse group of volunteers, supporters, partners and donors who have instilled optimism, reassurance and faith at every step of the way. Our team includes all of you too.

Meet the team
TRACK MY BAG